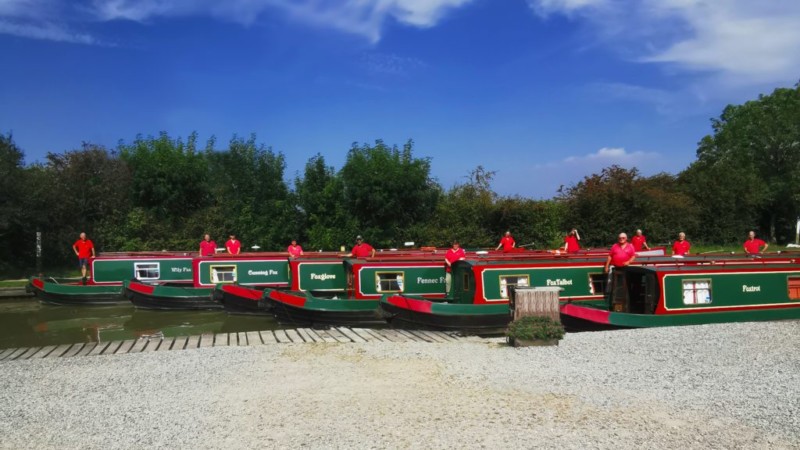 During the nineteen fifties, when the future of the Kennet & Avon Canal seemed to be precarious at best, Lower Foxhangers Farm was a quietly prosperous small dairy farm milking thirty cows, relying entirely on family labour.  But economic progress threatened the family.  Three sons moved away to try their luck in Australia. One returned after a few years.

Canal recovery was accelerating, canal owners British Waterways were stealthily supportive, modest funds and canal volunteers were making an impact.  Early farming experience was discouraging, but tourism and recreation were growing as family farming shrank, even in 1974.  A large empty farmhouse was slowly converted to provide low expectation holidays; year by year facilities improved.  Self-catering holidays and a small campsite were added.

Then in September 1985, canal narrowboats arrived at Foxhangers during a canal-busting boat rally by volunteer campaigners.  Five more years and the Queen opened the canal high on Caen Hill locks.  Already we were providing bank-side canal moorings for the accessible western waterway to Bath; now the sun was shining.  Shelley and Russell saw the future and said, “You should be running hire boats, you know.”

We replied, “No, you should be running hire boats.”

One boat became two; two boats became four. Twenty years later there are eighteen boats and a thriving boatyard.  An elderly grandfather, when not mowing the campsite and chatting to relaxed holiday visitors, enjoys his writing.  Writing leads to self-publishing and book-promotion; happy days, sunny days.